Welcome back!
I haven’t updated in a while.

I went on a hiatus because it was the Christmas break, which meant that we had TWO whole weeks of off training. My body really needed that. I did absolutely NOTHING! I know that sounds bad, but I think I recovered in areas that were in a bit of pain before. Although, I did lose A LOT of my physical fitness and dancer-related muscle.

The first week I would wake up and feel so much unusual pain in areas I hadn’t felt all Fall semester long! I think it was my body rejuvenating itself, the hard way.

I did go back home to California for the break, which was SO fantastic! It was nearly 80 degrees the entire week I was there. 🙂 (This meant that Christmas didn’t really feel like Christmas.) But it was great to see all my friends and family.

On my first few days, I stayed with my best friend, Marco, and went to Doris Ressl and Royce Acosta’s wedding. (My first conscious wedding!) It was the BEST wedding EVEEERRRR!! If I ever get married, I want one just like theirs! I would say that his ring was the best male groom ring I had ever seen: it had a gear in the middle which moved the top and bottom bands. They had their wedding at the little dog park by their house in Long Beach, Ca. They also had a beautiful little lady making unlimited (note: the unlimited) crapes for the reception. I learned how to line dance from Doris’ cousin. And we finished the night with Marco’s enchilada casserole and Chanandra&Darrel’s peach cobbler! YUM.

Here are a few pictures:

Sonia, Marco, the pups, and the bride&groom: 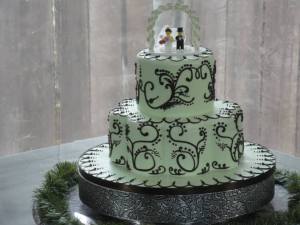 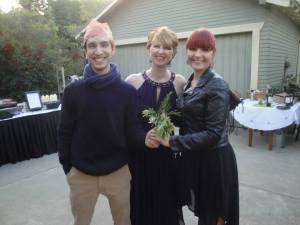 After the wedding, I went to spend a few days and Christmas with my momma! ❤
It was the best seeing her. She is so hard working and just an all around amazing mother. Seriously. I couldn't ask for a better role model, friend, mother, and mentor in my life. She is everything I want to be when I grow up. Luckily, she didn't work the entire time I was there, so we spent a lot of time together. 🙂 Most of everyone came over on Christmas Eve… Then on Christmas Day, my mother woke me up (like she used to when I was a little boy, by shaking me, hugging me, and getting me excited about something cool) and she took me on a little road-trip through the Yosemite Mountains (my first time). It was the COOLEST and most BEAUTIFUL sights to see, even if we didn't actually go in the park. That is a moment I'll never forget.

The next day my momma went back to work and I went back to Marco's since I'd be flying out a day later. I spent more time with Doris&Royce, which was so nice. (Like old times)

I returned to Chicago the next day, got here quite late and went straight to bed. I had Pilates the day after my return, as well as work. Eventually, later in the week, I found a Groupon for unlimited yoga at the Chicago School of Yoga: http://www.chicagoschoolofhotyoga.com/
I now go to the 6:30a classes before warm up and sometimes to the evening classes, too!

Monday showed me the WORST of the worst when it comes to Midwestern weather.
Tuesday was also quite rough. My friend Emely from work and I went to the 6:30a and got there a bit late. This was awful because we didn't get to take class and we had to hang out in the cold (eventually at McDonalds) for an hour. We started our new semester with 9a Pilates, then returned to Ballet and Contemporary. It was good to see all of my amazing instructors again. Although, it was rough to be back. All muscle and control I had was gone, but luckily, so was the tension. That night, all the tension came back though, during work.

Wednesday: 6:30a yoga was fantastic! It really woke me up. Started warming up at 8:30a, followed by Ballet and Contemporary after. I was drastically sore from the day before, but Laura did help by pointing out a few of my many mistakes in class. I really love corrections, it just escalates your growth. Laban was just what I needed after extreme soreness.. But it just showed me how tight I had become after a day of dancing.

Thursday: 6:30a yoga, woke me up. I feel like the 6:30 yoga classes are a bit more physical since they treat it as the people's only workout for the day. Its hard having a challenging class, followed by a full day of dancing! Warm up, ballet and contemporary. We had Meredith for ballet, which was SO AMAZING. Her classes are one of my favorites, and her energy really inspires me so much! I learned a lot from this class (as I do from all classes). This evening, I went to take the inversions class at the yoga studio. I learned to do many new inversions, which was so awesome!!!!!!!! I was inspired by this video:

Friday: 6:30a yoga, exhausted at this point. Warm up, ballet and contemporary. Today we had a guest for contemporary, which was Rebecca Lemme. Her class was a SUPER released based, floor wildness class. I was EXHAUSTED halfway into this one. A lot of inversions. 🙂 Instead of Pilates, we had a Physical Therapy lecture/activity class. We learned and did, a lot of effective warming up exercises which can help prevent injuries and strengthen. We also learned new rolling out techniques, one of which HURT like no other!

After that, I rushed over to an interview I had. (Still no word back from them :-/) I grabbed lunch after the interview and went to perform at Chicago’s Annual Comedy SketchFest! I was performing with a group called THUNDERDOME: https://www.facebook.com/pages/Thunderdome/222463937894033
They’re quite funny and such great people. This wasn’t the type of performance I thought it’d be, but it was fun! There was a lot of improvisation on the spot, due to lack of information, what they wanted and stage size/slipperiness. We did a dance to “It’s Raining Men”, a tribal dance, and a sped-up-clown-chase-song-dance-thing… Not what I expected, but again, it was FUN! Also great to be in front of an audience again.

Saturday: Had a photo-shoot early in the morning before work. Then I worked. Then I had another photo-shoot. The second shoot was a promotion for a run that’s sponsored by Miller Lite and themed of Rollie Fingers.
This guy: 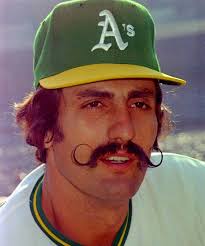 It was my first group shoot. And it was really fun. Me, one guy, and three girls. All wearing sweat bands, running shorts, shirts, long socks, curly mustache’s like Finger’s, wigs, beer hats, and sporting Miller Lite in some shoots. It was really fun to do this one.

Well.. That’s all I have for ya folks. Gonna watch my favorite web-series The Mis-Adventures of Awkward Black Girl:

You gotta watch up to the 6th episode to REALLY get into it. It is HILARIOUS!

Oh and I have one more FUNNY video to show. It is a sketch on the Chicago-style Pilates class. Go to this link: http://clearlyinc.blogspot.com/2009/06/chicago-style-pilates-class.html?spref=fb